Boots Ballot: One Profession, One Vote

Boots Ballot: One Profession, One Vote 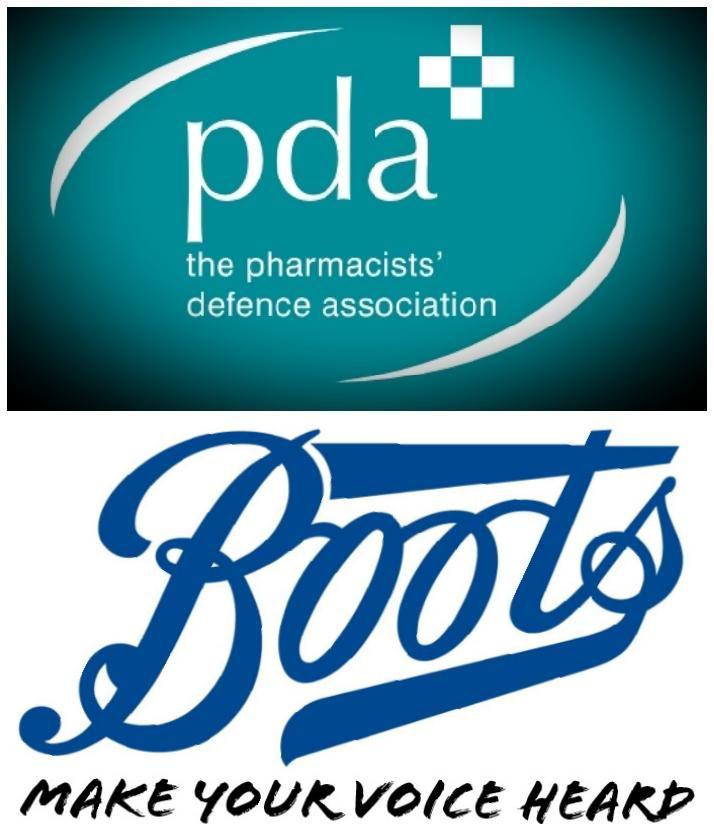 After a six-year battle, 2019 will see the Pharmacist Defence Association (PDA) take on Boots head to head1.  There’s no shortage of bad press for Boots. In 2016, they were accused of abusing the Medicines Use Reviews (MUR) remuneration package from the NHS by pressuring pharmacists to carry out inappropriate reviews2.  Then in 2018, they were under fire again for not staffing pharmacies appropriately3.  The companies own managers at the time admitted that the low staffing level was dangerous after three patients died as a result of staffing problems within the company3.  A BBC report found that some Boots pharmacists were “at breaking point”3.

Why did the PDA choose to challenge Boots?

Boots is the largest employer of pharmacists in the UK, after the NHS.  The PDA believes that if they can successfully challenge Boots, then the implications for the wider profession would be enormous.  The collective power of Pharmacists would force national chains to listen and understand concerns of pharmacists and in turn lead to better pay and working conditions.  This is known as collective bargaining power.

What’s the history with Boots and the PDA?

This has been going on since 2011 when the PDA contacted Boots asking them to voluntarily recognise the PDA as a union and allow them to represent pharmacists and trainees on issues such as working conditions, pay, hours and holiday, rather then the Boots Pharmacist Association (BPA)4.  Boots refused4.   The PDA asked again in 2012, Boots refused again.   Incidentally, in the same year Boots were then found guilty of docking pay of pharmacists illegally (courtesy of the PDA) 4.

Later in 2012, the PDA launched a formal request to be recognised as a union by Boots4.  Boots asked the PDA to withdraw the formal request and carry out talks informally with them, which the PDA agreed to in good faith4.  The following month, without informing the PDA, Boots signed an agreement with the BPA4.  This agreement outlined the frequency of meetings, facilities for BPA officials, but expressly prohibited discussions on terms and conditions of employment4.  The PDA then restarted the formal process for recognition4.  Importantly, the BPA were refused a certificate of independence in May 2013, whilst the PDA were awarded the certificate three years prior in 20104.

By 2017, Boots own pharmacists were fed up and applied to derecognise the BPA and over 1000 Boots pharmacists supported the application4.  In April 2018, the ballot period for BPA derecognition commenced and by June 2018, 87% of those who voted, did so in favour of derecognising the BPA4. Crucially the turnout was 41.02%. With the BPA derecognised, the PDA applied for recognition again4.   That brings us to 2019.

Why should I vote?

It is incumbent upon on all Boots Pharmacists to find out if they are eligible to vote, and if they are, then to cast their vote.  By voting, you are making your discontent with your employer, your working conditions, and your pay known.

Why should I vote in favour of the PDA6?

When and how can I vote?

The ballot opens on 4th February 2019 and lasts five weeks5. That means that last day to cast your vote is 8th March 2019.  In order for the ballot to have any effect, at least 40% of Boots employees need to vote.  Boots are counting on the 40% threshold not being met.  So much so, they haven’t defended their position at all.  Boots pharmacists need to unite, to show companies that pharmacists say no to exploitation.

What should I do to ensure I can vote?

Before 4th February 2019, make sure all your contact details are all correct on the Boots systems – your ballot paper will be sent to your home address.  The ballot period commences on 4th February 2019 and ballot papers will be distributed as soon as the Qualified Independent Person (QIP) has an up to date list of all eligible voters’ names and addresses from Boots. Boots have until the 10th working day of the ballot period to provide that information (this would be 15th February 2019).  That means there are only 15 days for ballot papers to be distributed, completed and returned.  If you don’t receive your ballot paper, you need to contact the PDA for advice (no information about this has been given by the Central Arbitration Committee yet).

Share this article far and wide.  Any and all Boots pharmacist’s need to know about this, and should be casting their vote.  If less than 40% vote “YES” to recognition then Boots pharmacists will have lost a hard-fought opportunity for improved working conditions and they will be blocked from trying again for three years, so everyone’s participation is essential, and we all need to do all we can to get our colleagues to vote1!

Put a reminder in your calendar now for the 18th February to vote in this ballot!

Don’t miss your chance to have a say in your working conditions and pay!