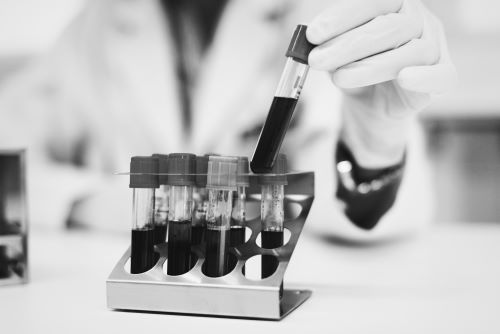 In the venous side the thrombus consists of a fibrin enmeshed with platelets and red blood cells, whereas in the arteries the thrombi have little fibrin and anticoagulants are of less use.

Many factors should be considered in the decision to use anticoagulation including age, bleeding risk, thrombosis and drug interactions.

Conventional anticoagulants such as heparin and vitamin K antagonists (Warfarin) act on several factors within the coagulation cascade (as below).

Although very effective – the conventional anticoagulants have numerous limitations and drawbacks – in the case of Heparin a parenteral route of administration and in Warfarin a narrow therapeutic window – with frequent monitoring and dose adjustments.

Warfarin is indicated for:

It is an effective agent for stroke prevention – reducing incidence in some cases by up to 50%. Advantages include a well established efficacy, low cost and an antidote readily available in case of emergency treatment of bleeds.

However, there are limitations and contraindications to the use of Warfarin such as a narrow therapeutic window, bleeding complications, individual patient response (pharmacogenomics), multiple food and drug complications (especially alcohol) and burdensome INR monitoring which can have social and financial implications.

Changes in diet or increasing those foods with large amounts of vitamin K such as Brussel sprouts, broccoli, green leafy vegetables or liver, potentially can affect the anticoagulation control and changes in dosing along with increased monitoring may be required.

Warfarin is well absorbed following administration though it takes 2-3 days for full anticoagulant effect to develop. It has a long half-life of 40hrs and may take up to 5 days for Prothrombin time to return to normal after stopping treatment. Pharmacists should be aware when advising patients or treating minor ailments such as vomiting and diarrhoea, that dose increases may be necessary – conversely in cases of acute illness, smoking cessation or weight loss a dose reduction in Warfarin may be warranted. Of course, this should be done in collaboration with the patients anticoagulation clinic/ INR testing.

When is anticoagulation recommended?

The CHA₂DS₂-VASc Score (shown below) is a tool for estimating the risk of stroke in patients with non-valvular atrial fibrillation (NVAF). It is used to determine whether or not treatment is needed with anticoagulation therapy or antiplatelet therapy.  In patients with a score of 0, who are at low risk with no risk factors, no anticoagulation is required.

Bleeding Risk should also be assessed when prescribing any antithrombotic therapy, whether with VKA, NOAC aspirin or Clopidogrel. The HAS-BLED score is used as a calculation to assess bleeding risk.  A score of > 3 indicates high risk.

New/ Novel Oral Anticoagulants (NOACs) or Direct Oral Anticoagulants (DOACs) act selectively via inhibition of thrombin (Dabigatran) or factor Xa (Rivaroxaban, Apixaban, Edoxaban). Because of their comparatively short half-life and fewer interactions, NOACs are easier to control and administer than Warfarin and do not require regular monitoring to ensure their efficacy and safety. Because there is little therapeutic monitoring patient compliance and adherence is vital. It is important that patients understand why they are taking anticoagulants along with the benefits and risk’s associated with the treatment.

Side note – the preferred nomenclature has moved from NOAC to DOAC – anecdotally because of multiple errors in Hospital admissions/ surgeries where NOAC on the patient chart was assumed to mean “NO Anticoagulation” – hereafter in this article they will be referred to as DOACs.

A recent study in Norway comparing the effectiveness and safety of Warfarin and the direct oral anticoagulants (DOAC) Dabigatran, Rivaroxaban and Apixaban in non-valvular atrial fibrillation in routine care included a sample of almost 31,000 treatment-naïve patients

After 1-year follow-up in treatment, all DOACs were similarly effective as warfarin in prevention of ischemic stroke, TIA or systemic embolism. Safety from bleedings was similar or better, including fewer intracranial bleeding with all direct oral anticoagulants, fewer gastrointestinal bleeding with Apixaban and fewer other bleeding with Dabigatran and Apixaban. Therefore, it is best practice to reach a shared decision with the patient around which DOAC is best for them – Edoxaban and Rivaroxaban are once daily dosing, but Rivaroxaban must be taken with food. Apixaban is the current market leader, dosing is twice daily making it more expensive and dose adjustments must be made when weight, age and renal function change.

There are multiple factors involved in choosing the correct DOAC for the patient. This will be based on evaluation of their CHADS-VASC score, bleeding risk and patient or physician preference.

Once the anticoagulation decision has been made, then a discussion about Warfarin versus DOAC needs to take place. It is necessary that patients are actively involved in the decision making about anticoagulant treatment.

Unlike with Warfarin, there is no need for routine monitoring with DOACs and some patients may feel uncomfortable with these new medications – especially when switching as it can mean that they are used to regular INR testing – which gives them confidence that their condition is being managed and they can tangibly see the effects of the medication on their results.

Dabigatran is prodrug that has a bioavailability of approximately 6%~ Once absorbed from the GI tract, Dabigatran is converted by esterases into its active metabolite. Maximum concentrations are observed within 2 hours of oral administration, with an estimated half-life of 14-17 hours.

These DOACs are all a direct inhibitor of activated factor X (factor Xa). The onset of inhibition of Factor Xa activity by Rivaroxaban is rapid – occurring 2-4 hours after administration and is limited by  oral bioavailability with reduced extent of absorption in fasting conditions (when given with food the AUC for Rivaroxban increases by 39%)

Apixaban has a total clearance of about 3.3 L/h and a half-life of approximately 12 hours – though its oral bioavailability is less (approximately 50% for doses up to 10 mg) and should be given twice daily – with or without food.

Edoxaban is absorbed with peak plasma concentrations within 1 – 2 hours. The absolute bioavailability is approximately 62%. Food increases peak exposure to a varying extent, but has minimal effect on total exposure. Therefore, Edoxaban can be administered with or without food.

The half-life for oral administration is 10 – 14 hours and hence is given once daily.

Edoxaban is predominantly absorbed in the upper gastrointestinal (GI) tract. Thus, medicines or disease conditions that increase gastric emptying and gut motility have the possibility of reducing Edoxaban dissolution and absorption. It is also a substrate for the efflux transporter P-gp, therefore any concomitant administration with P-gp inhibitors (Ciclosporin, Dronedarone, Erythromycin, Ketoconazole etc) may result in higher plasma concentrations.

Until recently one of the disadvantages of the newer DOAC medications was lack of an antidote or reversal agent in cases of uncontrolled bleeding and haemorrhage in an emergency.

The number of people estimated to be having treatment with DOACs in England ranges from 200,000 to 350,000, of whom 90% are having a factor Xa-inhibitor. It is estimated that major bleeding involving the gastrointestinal tract, urinary tract or soft tissue occurs in up to 6.5% of patients on anticoagulant therapy.

Praxbind (Idarucizumab) was licenced in 2016 and is a humanised monoclonal antibody fragment that binds specifically to Dabigatran and its metabolites, thereby reversing the anticoagulant effect.

More recently, Ondexxya (Andexanet Alfa), a recombinant modified version of human factor Xa clotting protein that lacks factor Xa enzymatic activity was licensed in the UK. It binds to direct factor Xa inhibitors with high affinity and also binds to indirect factor Xa inhibitors complexed with antithrombin III, making them unavailable to exert their anticoagulant effect. It is not without its risks though as 10% of patients in the 30 day follow up periods after being administered Ondexxya had a thrombolytic event.

Role of the Pharmacist

Pharmacists have a vital role to play in the area of anticoagulation. There are many pharmacist counselling points associated with the dispensing of DOAC, including dosage times, scheduling and administration recommendations.

Pharmacists are Ideally placed to monitor patients for signs of bleeding – including any unexplained bruising. Pharmacists can also advise on the prescribing of concomitant medication that may interact with the DOAC and place the patient at risk, and they can also give appropriate advice and offer alternatives In relation to over the counter sales of NSAIDS.

As mentioned previously, the dose of DOAC may vary depending on the patient’s renal function. This is done using an estimate of the patients Creatinine Clearance rather than the estimated glomerular filtration rate reported by most labs. eGFR may overestimate renal clearance particularly in elderly patients with low body weight /body mass index. Creatinine clearance using the Cockcroft and Gault equation is used to guide initial dosage and adjustments as it reflects the dosing regimens used in the clinical trial programme in non-valvular AF patients. The Cockcroft and Gault equation is shown below;

Finally, as the experts in medicines pharmacists will often be queried about how to best switch between oral anticoagulants. A useful table for switching is shown below;

Table 5 – Switching from DOAC to Warfarin