Government Responds to a Petition That Wasn't

Government Responds to a Petition That Wasn't 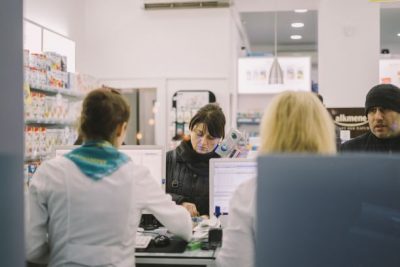 On 19th of March 2019 the government responded to the petition ‘Reject Remote Pharmacist Proposals. Keep Pharmacists Present for Patients.’ created by our pharmacist colleague, Mariam Ahmed. The petition read:

Whilst a pharmacy is open it is a fundamental patient right that a qualified pharmacist is available on site at all times to consult in person, without the need for an appointment. Patient safety would be jeopardised if a pharmacist wasn’t physically present in a pharmacy. The government has proposed that pharmacists could end up signed in as the Responsible Pharmacist for more than one pharmacy at a time and therefore not be physically available to directly intervene with patients and during transactions of GSL & P meds. The government’s proposals will ultimately lead to medicines dispensing & supply taking place without the supervision of a pharmacist. This will be detrimental to patient care and safety and the legislative changes must not go ahead. More information can be found on this website: the-pda.org/patientpetition201

The response from the government was posted on our website and can be seen here:

The Department of Health and Social Care’s (DHSC) response is a classic case of answering a question you think is being asked and not the actual question! Unfortunately, this is not the response we were hoping for, since the petition wasn’t talking about remote supervision but the DHSC claimed we were misunderstanding their proposals. DHSC decided to responded to something we didn’t ask, we are not sure why this was done. We are aware that the proposals do not talk about remote supervision and neither does the petition. For those of you who aren’t in the know: remote supervision at a very basic level would mean that a pharmacist would “supervise” the pharmacy activities that require supervision: e.g. sale of P medicines and supply of POMs from a remote area. This may or may not eventually lead to community pharmacies being pharmacy technician-led or supervised in some capacity as previously proposed with little input or control from pharmacists which of course has significant patient safety concerns.

The petition was worded carefully to reduce any chance of misunderstanding and make it clear that it was about the concerns of how pharmacists could end up signed in as the responsible pharmacist for more than one pharmacy at a time and how this is likely to ultimately lead to dispensing & supplying taking place without the supervision of a pharmacist. Of course, as healthcare professionals, our primary focus is our patients and we want to do whatever is necessary to ensure patients can access both their medicines as well as the opinion of healthcare professionals including during severe weather.

Currently, a responsible pharmacist can only be responsible for one pharmacy at a time. A legal exception is available to temporarily lift that restriction by a minister where they see fit. It is however worrying to see that the government is proposing to allow the General Pharmaceutical Council (GPhC) to do so instead of ministers. The “assurance” given is that that this would only happen in “exceptional circumstances”, nevertheless this is not defined.

The DHSC would like us to believe that the regulator, the GPhC, is capable of making this decision. This is the same regulator that repeatedly went against the majority on consultations, has not taken any action against Boots after Greg Lawton’s whistleblowing case, never taken action against any companies, and refuses to take action against companies that choose to remain closed rather than pay a higher fee to a locum to open a branch.

Unfortunately much to our dismay, the pharmacist’s professional body: The Royal Pharmaceutical Society (RPS) supported this part of the proposal and answered in support of moving the exception from ministers to the GPhC and said that this would be “for emergencies where patient care would be compromised, such as extreme weather or a pandemic situation”.

Which begs the question, if a pharmacist cannot get to the branch then how can the staff? Even if staff in small numbers do manage to arrive at the branch in question, how would the pharmacist at another branch ensure this branch is working in a safe and effective manner and how can the pharmacist be sure the medicine is dispensed and checked accurately? This raises a lot of safety concerns, apart from the legal responsibility for the pharmacist who will be taking charge, what training will the staff have? If this is allowed to happen, a company that decides not to pay a higher rate for an emergency has legal cover as they can ask a manager at a nearby branch to be in charge of both branches.

So, who does this benefit? Certainly not the patients, as companies no longer need to ensure they have a pharmacist physically present in pharmacies as long as they have a pharmacist at a nearby branch. This will reduce pharmacist access and improve profit margins of a lot of companies, especially the multiples.  This will also mean further pressures on GPs, as patients will inevitably be referred there when the single responsible pharmacist for the local stores cannot physically see patients. Furthermore what’s interesting to point out is that merely amending the Responsible Pharmacist regulations as proposed would not actually allow patients to collect their medication or buy P medicines even in such ‘exceptional circumstances’ thus ultimately requiring the need to alter supervision laws to either allow the remote responsible pharmacist to remotely supervise a pharmacy or have a pharmacy technician do so instead.

So whilst this proposal as previously discussed does not involve remote supervision, it does ultimately pave the way for remote or pharmacy technician supervision through the back door.

Furthermore, health secretary Matt Hancock has, on several occasions spoken about the role community pharmacy plays in the wider NHS, and the need for more integrated care with community pharmacies.  This poses a much higher risk as remote pharmacists will be expected to carry out more clinical roles, without actual contact with the patients. In short, allowing the GPhC to decide what an ‘exceptional circumstance’ is will ultimately open the door to weakening supervision regulation and eventually pave the way for remote supervision where there could potentially be one pharmacist looking after a huge number of pharmacies remotely. This would lead to reduced essential patient access to a qualified healthcare professional, unnecessary putting patient safety at risk at the expense of obvious increased profit margins as pharmacists’ salaries are one of the biggest expenses in Pharmacy.