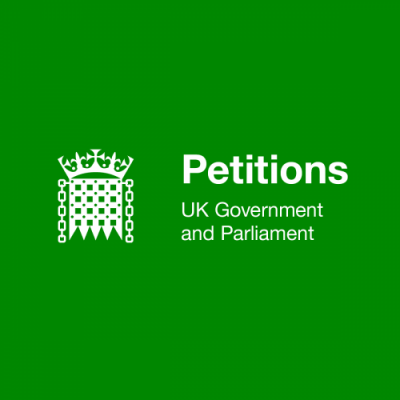 The Government has no current proposals to remove the requirement that a pharmacist must supervise the sale or supply of Pharmacy or Prescription Only Medicines at or from a registered pharmacy.

This is a misunderstanding of the proposals that this Government consulted upon between June and September of 2018.

Neither the Government nor the Rebalancing Medicines Legislation and Pharmacy Regulation Programme Board – the Board overseeing this area of work – have formulated proposals in relation to “remote supervision” or the supervision of the sale or supply of medicines by someone other than a registered pharmacist. If formal proposals were to be made in this area, they would be subject to a full public consultation and Ministerial approval.

The Government consulted on two draft Section 60 Orders in 2018. The first draft Order seeks to extend existing defences for inadvertent preparation and dispensing errors to pharmacy professionals working in hospitals and other relevant pharmacy services. The second draft Order seeks to strengthen and clarify the organisational governance requirements of registered pharmacies in primary legislation specifically in respect of the roles and responsibilities of Responsible Pharmacists and Superintendent Pharmacists. Concerns raised via this e-petition appear to be in relation to Responsible Pharmacist proposals made in respect of the second draft Order.

The role of the Responsible Pharmacist, as in statute, is a distinct and different role from that of the supervising pharmacist, albeit both roles may be undertaken by the same pharmacist at the same time. The Responsible Pharmacist role is concerned with the organisational governance of a particular pharmacy when it is open for business, whereas supervision by a pharmacist concerns the preparation, dispensing, selling and supplying of individual products – a role that is sometimes referred to as transactional governance. These two roles are distinct and separate, and should not be conflated.

A general principle that guides the work of the Rebalancing Medicines Legislation and Pharmacy Regulation Programme Board, in fulfilling its remit, is to utilise professional regulation rather than criminal law. As such, the draft legislation proposes to empower the pharmacy regulators to set the detail requirements for Responsible Pharmacists, while maintaining the statutory function in primary legislation. One of the specific proposals in the public consultation was to move the powers to make an exception to the general rule that a Responsible Pharmacist can only be in charge of one pharmacy at a time from Ministerial regulations to the rules or regulations of the pharmacy regulators – the General Pharmaceutical Council (GPhC) in Great Britain and the Pharmaceutical Society of Northern Ireland (PSNI).

The power to create an exception to the general rule that a Responsible Pharmacist must hold the role for only one registered pharmacy at a time already exists in legislation. All the draft Order does is to move the use of the power to make an exception from Ministers to the pharmacy regulators, in keeping with the ethos of the Rebalancing Programme. The pharmacy regulators are responsible for protecting the public and giving assurance to patients that they will receive safe and effective care when using pharmacy services. They are therefore well placed to hold the exception-making powers, and to safeguard public interest.

If in the future the pharmacy regulators sought to make an exception in this area, this would need to be set out in “black and white” rules or regulations. The pharmacy regulators must consult on any proposed rules or regulations, offering the opportunity for scrutiny and comment. For the GPhC, they must publish draft rules and invite representations from Ministers and other appropriate persons to consult on the draft rules, and in Great Britain, the resultant rules cannot enter into force until approved by the Privy Council. They will then be subject to the “negative resolution” scrutiny procedure in the UK Parliament. Separately, any regulations by the PSNI would require consultation of appropriate persons and consultation of and approval by the Department of Health in Northern Ireland.

The proposals consulted upon in respect of the Responsible Pharmacist make no impact upon the requirement for there to be a pharmacist, or someone working under their supervision, to carry out the sale or supply of a medicine not subject to general sale in a registered pharmacy – as outlined in regulation 220 of the Human Medicines Regulations 2012. As outlined above, any changes to legislation in respect of this would be publicly consulted upon and subject to agreement from Ministers and Parliament.

Department of Health and Social Care.