I Need My Medicine. Why are So Many Pharmacies Closed These Days?

I Need My Medicine. Why are So Many Pharmacies Closed These Days? 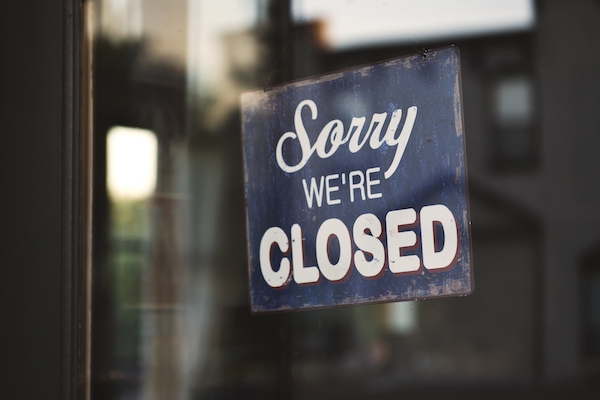 Have you ever felt let down by your community pharmacy? Whether it is because your prescription was not ready as expected, items were not in stock, or as of late, the pharmacy is closed due to the absence of a legally responsible individual, i.e. the pharmacist. Seemingly, Lloyds Pharmacy appear to be the most heavily impacted. In this article, we will tackle this issue and attempt to understand why this is happening.

There are approximately 1250 community pharmacies in Scotland. Unfortunately, between the 9 month period of January and September 2021, 964 pharmacy closures were reported to their NHS health boards across Scotland.

Before we dive into this issue further, we need to understand market dominance i.e. who owns the majority of pharmacies across Scotland. For simplicity, we will be focusing only on the two largest multiples, Boots and Lloyds, and will be using Independent pharmacies as our control for comparison.

Number of Pharmacies owned by Boots, Lloyds Pharmacy and Independents across Scotland:

We can see that Boots, as a single company, currently dominate the market with 275 stores. Lloyds follow closely second with 194 stores. Independent pharmacies make up the majority of pharmacies across the nation - keep in mind this consists of hundreds of individual owners.

From these figures, we would expect Boots to be the most heavily impacted by pharmacy closures. Let’s look at some more data below. 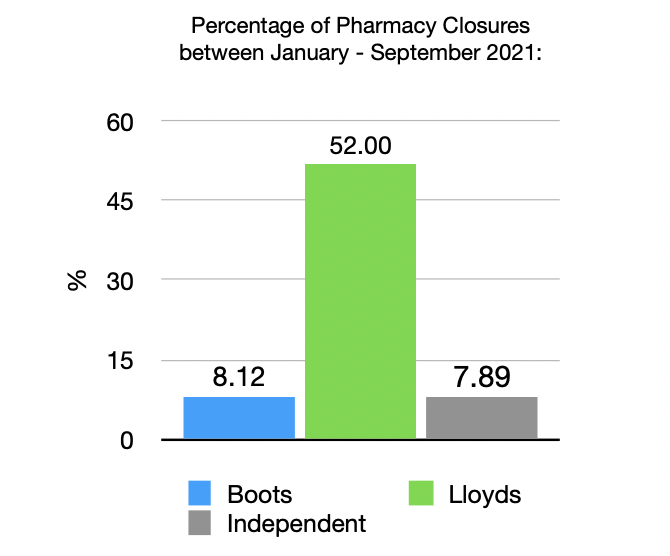 We can see Lloyds, despite owning less pharmacies than Boots, were responsible for the greatest degree of pharmacy closures.

This data has unfortunately revealed more questions than answers such as:

Lloyds claimed, in an article published in The Chemist and Druggist, that pharmacy closures are due to a severe shortage of pharmacists, primarily Locums. However, this still leaves the above questions unanswered.

In addition, Lloyds Pharmacy have been found to be responsible for approximately 72% (80/112) of pharmacy closures in a local health board. This is disproportionately high and rather upsetting for its patients.

So what’s the problem?

So what’s the solution?

That is for everyone to decide. Perhaps the issue surrounding pharmacy closures isn’t as simple as what we are told by Lloyds.

It appears Lloyds are currently refusing to hire Locum pharmacists who are set up as a limited company - i.e. those with a business account. An explanation for this could be it lessens IR35 responsibilities. Does this sound like gibberish to you? Let me explain. IR35 was introduced by the HMRC to ensure companies, such as Lloyds, undertake appropriate procedural assessments in their dealings with freelance contractors i.e. Locum pharmacists. Being inside IR35 means a greater degree of responsibility for those who hire Locums to work at regular pharmacies. You can read more about it on the HMRC website, or ask your accountant.

I hope this article illustrates some of the complexities which surround the issue of pharmacy closures in Scotland.

Why is the author anonymous?

Some pharmacists who write articles to highlight the current issues in the sector prefer to remain anonymous because of the high risk of being blacklisted by pharmacy chains for essentially highlighting their failings. We give voice to those who cannot speak up due to fear of losing their livelihood and we hope these articles will shine a light on the sector and help us improve the situation for us and our patients.