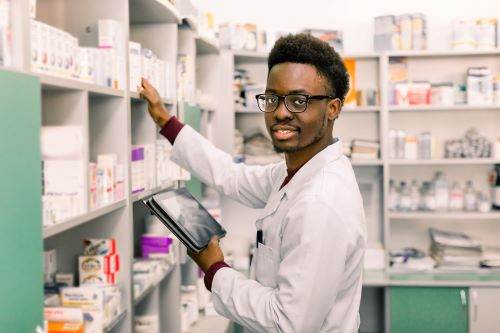 2019 has seen many ups and downs in the world of pharmacy. One notable and important issue is the proposed pharmacist apprenticeship training route. The Pharmacist Cooperative has already expressed unequivocal opposition and disapproval of the pharmacy apprenticeship programme, in alignment with some other pharmacy organisations. Although it has recently been put on ‘hold’ the idea is not dead and buried. The agenda is to try harder to convince key decision makers to approve the scheme. Regrettably there are some organisations who support the notion of an apprenticeship scheme, and the list of those in favour largely consists of large national pharmacy chains, who will undoubtedly stand to make significant financial gains if the idea is put into action. There is the notable absence of the Pharmacist Defence Association (PDA) from the talks. The PDA is the largest pharmacist membership organisation and the only trade union exclusively for pharmacists in the UK. Despite the suggestion of a pharmacist apprenticeship receiving an overwhelmingly negative response in April 2019, The Royal Pharmaceutical Society (RPS) is still keen to explore the idea further in conjunction with large national multiples, amongst others. Thus far, in contradiction to their own findings in April 2019, the RPS have not made it clear whether they support or reject the notion.

The Pharmacist Cooperative is clear in its rejection of these proposals for the reasons outlined below:

• Pharmacy is not a career that is for everyone. The degree requires a high level of dedication, and a strong desire to work through a four year master’s degree. It also requires a high level of knowledge of biology, chemistry and mathematics, along with a desire for continued lifelong development and learning. The foundations of biology, chemistry and mathematics taught at GCSE are important, and the theory taught at A-level forms the basis of the MPharm degree. Apprentices would not be able to manage the academic element of the role without appropriate academic skills and would require significant input from university. This raises the question – why would students choose an apprenticeship over a degree?

• Apprenticeships will create a two tier system for pharmacist education, and a complete disregard for the MPharm degree. All Pharmacists have to pass the registration exam, but the route taken to achieve a seat at the registration exam is very important to consider. In the case of the MPharm degree, this final registration exam comes after four years of uncompromising and intense study of biochemistry, pharmacokinetics, human anatomy and much more, very vital and relevant content. The same cannot be said for apprenticeships. The cornerstone of apprenticeship schemes is for candidates to ‘learn on the job’ – this is both impractical and unattainable in the context of Pharmacist training. The job of a Pharmacist is largely based on a thought process which is acquired and honed over the four year MPharm degree and the 12 month pre-registration placement. This thought process cannot be taught in a community store – often, time and work constraints will not permit. If this could be taught in a store, with minimal input from universities, what is to stop a shop assistant taking on the role of Responsible Pharmacist?

It is important to point out that Pharmacists must be academic by background, and independent of any commercial driven goals to maintain the very first ethical standard from the RPS – to make the patient the first concern.

• Apprenticeships provide a route for large national chains to manipulate and erode the quality of teaching and learning. If students are not given adequate time and support for their studies, they will not meet the required standards for the GPhC exam. Large national chains are primarily focused on profit margins and therefore a logical conclusion is that they would not allow apprentices sufficient time for study. This in turn would lead those apprentices to fail the GPhC exam, hence the apprenticeship proving to be a waste of time.

• Contrary to populist headlines, apprenticeships will not cause a surplus of pharmacists. There is no evidence whatsoever that there is a shortage, or that there will be in the foreseeable future. This is in spite of extra avenues of work for pharmacists such as general practice.

• An apprenticeship would lower the credibility of pharmacists amongst other HCPs. In 2008, the NMC ratified proposals to make nursing an all graduate profession. They said that nursing roles are demanding and involve increasingly advanced levels of practice and clinical knowledge, and a degree-level education would provide new nurses with the decision making skills they need to make high-level judgments in the modern NHS. Indisputably, the same is true for Pharmacy. Apprentice trained Pharmacists would not have the skills or knowledge to successfully navigate the ever-changing world of Pharmacy.

• The quality of the apprenticeship would be dependent upon the company providing it. As companies are not education institutes, they would not be subject to the same assessment processes as universities. Having formal exams, moderating exams and practical assessments would not be feasible and therefore apprentices would complete coursework to acquire their marks. Pharmacists are required to be able to work independently – something which exams prove all pharmacists are able to do. Coursework can be completed in conjunction with managers, or colleagues and there is no way of confirming if the work has been done exclusively by the candidate. This in turn would mean candidates are not receiving the high quality of training required, and will fail the GPhC exam. Again, the apprenticeship proving to be a waste of time.

• The GPhC exam is not sufficient to ensure that those who pass the registration exam, are confident and will work in a safe way. As a profession, we cannot allow candidates who pose a risk to the public to practice as Pharmacists. The MPharm degree is standardised at several levels whereby universities, and pre-registration training premises are regularly inspected by various bodies to ensure that candidates receive a high level of education. Private businesses that are not externally inspected, are not an appropriate place for education of healthcare professionals.

• Apprenticeships open up a race to the bottom with regards to Pharmacist wages. As most community based locum pharmacists are aware, wages are already falling in response to large numbers of pharmacists in some areas of the UK. Introduction of an apprenticeship scheme would not only allow companies to pay apprentice wages, but then pay apprenticeship trained pharmacists very modest salaries as this would be a significant pay increase after years on an apprenticeship wage. This in turn leaves those who have the master’s degree ‘priced out’ of the jobs market.

• Apprenticeships allow large national chains to pay minimum wage for the high risk job of a pharmacist. It is important to remember that Pharmacists still carry the risk of criminal charges for a dispensing error. The job in itself should be far beyond the scope of apprenticeships. It is worth noting that, that as of April 2019, the apprentice wage for over 25 year olds is £8.21 per hour. This is the same as the national living wage. This is simply outrageous and an abuse of the level of responsibility carried by Pharmacists.

In short, these proposals should be vehemently condemned. Apprentice level training will not promote or protect our profession, nor the patients we serve, and will instead regress our profession, at the hands of faceless multiples who have only profit driven business models.