The Folly of Tech Supervision

The Folly of Tech Supervision 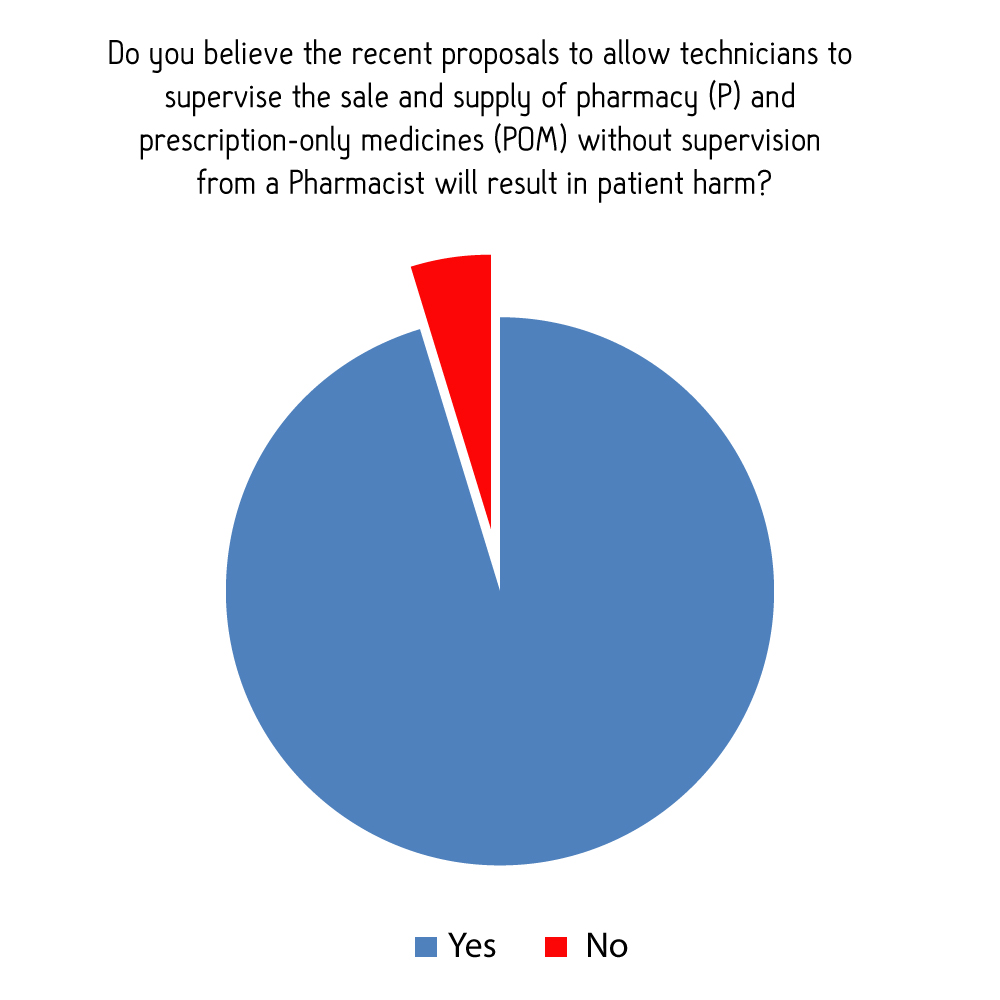 As you all know the Department of Health held secret meetings to allow technicians to supervise the sale of P meds and hand out POMs in the absence of a responsible pharmacist. Although certain members of the profession are selling the idea as much needed innovation, the move would be anything but. What it will do is enable private contractors to reduce pharmacist hours in a cost cutting exercise which will in turn give the government the chance to reduce pharmacy funding even further. This is a time for the profession to come together and look for fresh ideas and create new revenue streams. Technicians by definition are there for a more technical role. They are a great part of the pharmacy team since a well-trained tech can make busy pharmacies run smoothly and allow the pharmacist to carry out their clinical duties safely and proudly.

The changes that have been recently proposed by the Department of Health are designed to enable pharmacy technicians to supervise the supply of prescription only medicine – which at the moment is the responsibility of a pharmacist. The proposals to change the wording of regulation 220 of the Human Medicines Regulations 2012, would allow a technician to make decisions as to which transactions can go ahead, as well which medicines are suitable for patients without direct supervision of a pharmacist.  This is being done by changing the phrase direct ‘pharmacist supervision’ to be replaced by ‘registered pharmacy professional’ to encompass pharmacy technicians as well.

Although the pharmacist would still take overall responsibility any decision the technician makes, technicians would be given more power, and be allowed to supervise other staff in the pharmacist’s absence, as well as being made responsible for any clinical decisions.

Current Responsibility of the Pharmacist

Pharmacists are highly trained medical professionals who are respected to high levels of care patients receive. Pharmacists hold Masters degree qualifications that enable them to assess patients’ clinical needs safely and accurately, decide which medicines are suitable for that individual, and suggest alternative medications or referral if needed. This high level of clinical knowledge they acquire is extremely valuable and also at the same time supervise the day to day running of the pharmacy at all times to ensure patient safety is not put at risk and mistakes are not made which is a matter of life and death.

It is no surprise that these proposed changes are causing such concerns amongst medical professionals, politicians and public alike with regards to their health & safety, and the effects these changes in regulation will have on patient care. In a recent survey, 556 pharmacists were asked “Do you believe the recent proposals to allow technicians to supervise the sale and supply of pharmacy and prescription only medicines without supervision from a pharmacist will result in patient harm”. A massive 95% responded “Yes” to this question which indicates that the majority of people fear these proposals could be damaging to pharmacies and the level of service they can provide as well as public’s trust in the pharmacy profession.

There are many concerns being raised about the changes that are being proposed such as why such an important legislation is being discussed in secret and without transparency. One of the dangers of this proposal is that it could allow majority of the transactions to happen in the absence of a pharmacists. We all know certain Pharmacy only medications can interact with POMs and the life-threatening dangers this can pose. While the idea may sound great on paper however in practice it can easily be used to reduce pharmacists’ presence to save money. If anything this is just trying to run a pharmacy on the cheap and is nothing short of a cost cutting exercise so the government can continue cut pharmacy funding. This will not save community pharmacy in the long run and will lead to its demise as pharmacists will eventually be replaced by less qualified technicians and patients will lose faith in the profession when they are given advice on medicine by people who were never trained to do this job.

One only needs to look at the level of training pharmacy technicians receive in the community to see why they could cause problems. Is it really reasonable to expect someone with an NVQ qualification to be given the same level of responsibility as a pharmacist who has received 5 years of specialist medical training?

Even if the technician is competent in their role, do they really have sufficient knowledge to make important clinical decisions? The evidence would suggest that they don’t, which could lead to incorrect doses and unsuitable medicines being given to patients. The overall result of these dangerous proposals could ultimately be putting patients at risk and the pharmacist still being held responsible. Technicians are a great part of the pharmacy team and when given the correct roles they can be of huge benefit. Although the proposals have been put on ice by DoH they aren’t dead and buried and remote supervision is still being talked about and threat of Amazon-style pharmacy chains on the cards can quickly ruin this once great and prestigious profession. We still have a long fight ahead of us and need everyone to make their voices heard loud and clear, which we at the Pharmacist Cooperative will provide excellent support and coverage and are happy to join forces with other leading pharmacy groups to kill off these proposals and the threat of remote supervision.