The Etiquette Behind Conducting Good Performance Standards As a Pre-reg

The Etiquette Behind Conducting Good Performance Standards As a Pre-reg 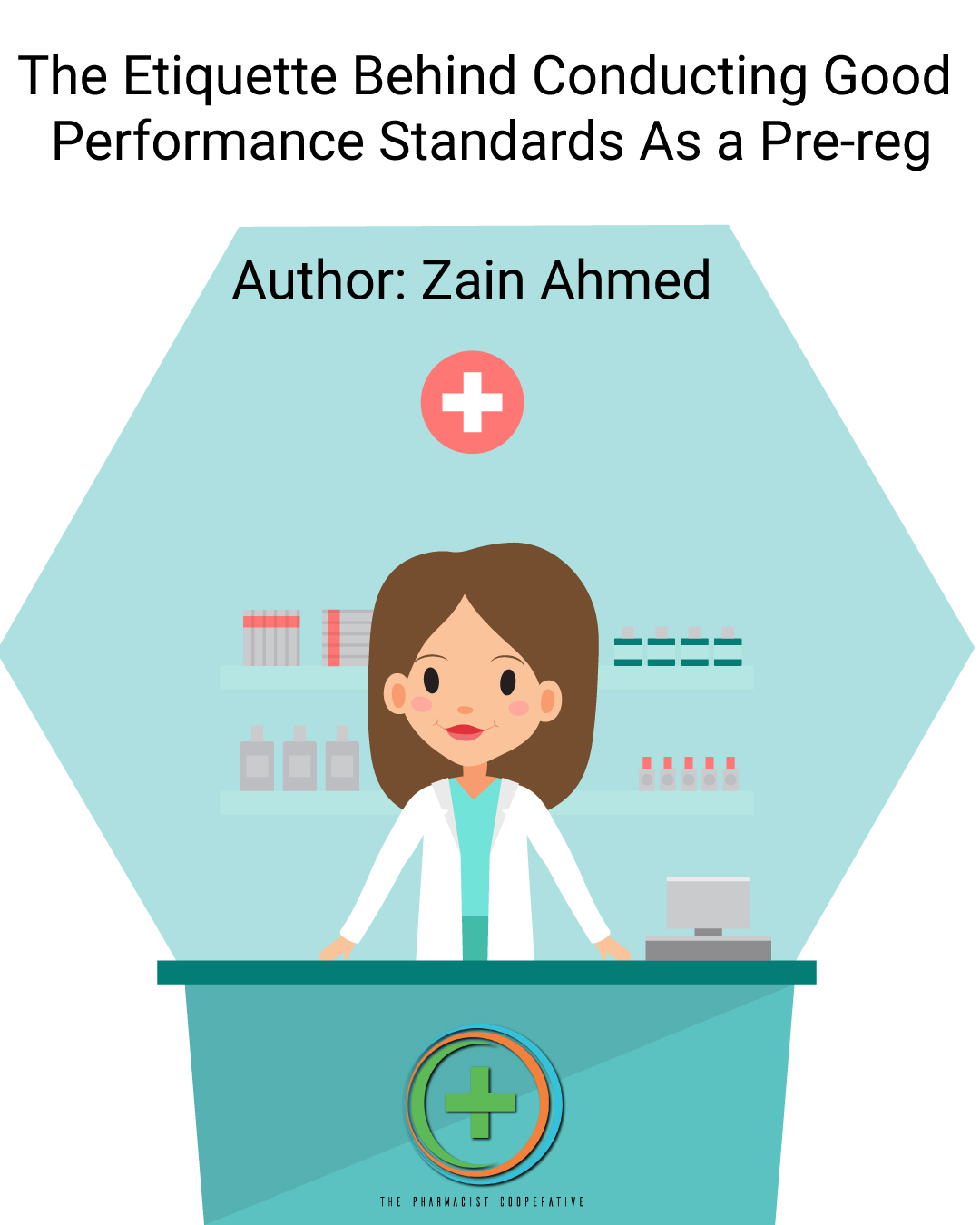 Hey folks, hope everyone is well. Most trainees have told me by now they have settled into their place of work and have obtained a general idea of what to expect during their pre-reg year. My general advice is to take your time and settle in as is the advice when starting any new employment really but it’s vital that you crawl before you walk in the pharmacy world; as it’s a highly demanding profession but fun too.

Now in this blog I will be talking about performance standards and how to tackle them, so let’s get straight into it!

Performance standards were pretty much the bane of my life during my pre reg, I felt I was just completing them for the sake of getting signed off without actually taking much from them, that was before my tutor sat me down and basically told me my write ups were bad. So, I had to go again and this time I put a bit more brain power in!

What are the standards?

The GPhC have outlined 76 performance standards which must be signed off by your tutor prior to the final declaration. These standards are broken down into three different units: Personal effectiveness, Interpersonal skills and Medicines and health.

These 3 units assess a breakdown of different factors which in turn will enable you to become a competent pharmacist.

How should I structure my write ups?

Structuring your write ups is very important, as you don’t want your tutor to be reading in between the lines to ensure that you have hit a competency, make it as clear as possible.

I would suggest giving a summary of the evidence in a sentence or so at the start, just to give your tutor a brief overview of the scenario.

I would then go and describe the evidence, try to link as many competencies in a single write up as possible, as this is a common mistake. Students believe that they can only write about a single performance standard per write up. WRONG! Try to link as many relevant domains as possible as you’ll know when in certain scenarios, you’re never ever really just using one skill; rather a combination.

Always ensure you give a reason as to why you believe a certain competency is met, this is what tutors want to see they want to see specifically how you have met the standard rather than waffling on and not meeting any!

Always conclude. Talk about what went well and if the situation was to occur what you would do again and talk about what you will do in the future that would help address your areas for improvement.

Sometimes it’s good to submit a “Confirmation of evidence by Evidence witness”, so basically a witness to the events, this tends to be a colleague. Not a must, but sometimes can be quite handy; such as when dealing with a difficult customer. It’s good to have that second set of eyes that sees you in action and can confirm what you did well and what you could improve on.

Sometimes you may feel you need to submit a formal evidence like a copy of a prescription just to add to the background of your write up, be sure to submit as much evidence as you can.

What should I write about?

You can write about anything and everything that you feel would meet as many of the performance standards as possible. As a pre-reg I kept a small note-book where I would jot down scenarios that occurred that day and then later that day or in my study hour I could write about. For example: Helping a colleague make a Dossett box, I helped a patient with an OTC eye infection, I made a dispensing error and the dose was incorrect, I offered the GP advice today on an alternative to Clenil. So when you keep a note you can then go through the standards and see which ones would best fit your write up.

So all in all, don’t waffle, always reflect and ensure that your hit as many competencies as you can in a single write up. Ideally you want to try and get half of your competencies done by December/January. You don’t want to be stressing about then in April/May.

Another piece of advice Is that ask your tutor what they expect, as some tutors may require one evidence per competency, some may require 5 (like mine…). But it’s important you and your tutor are on the same page when it comes to this and always keep them up to date with the progress of your write ups!