The Myth of Pharmacist Shortage

The Myth of Pharmacist Shortage 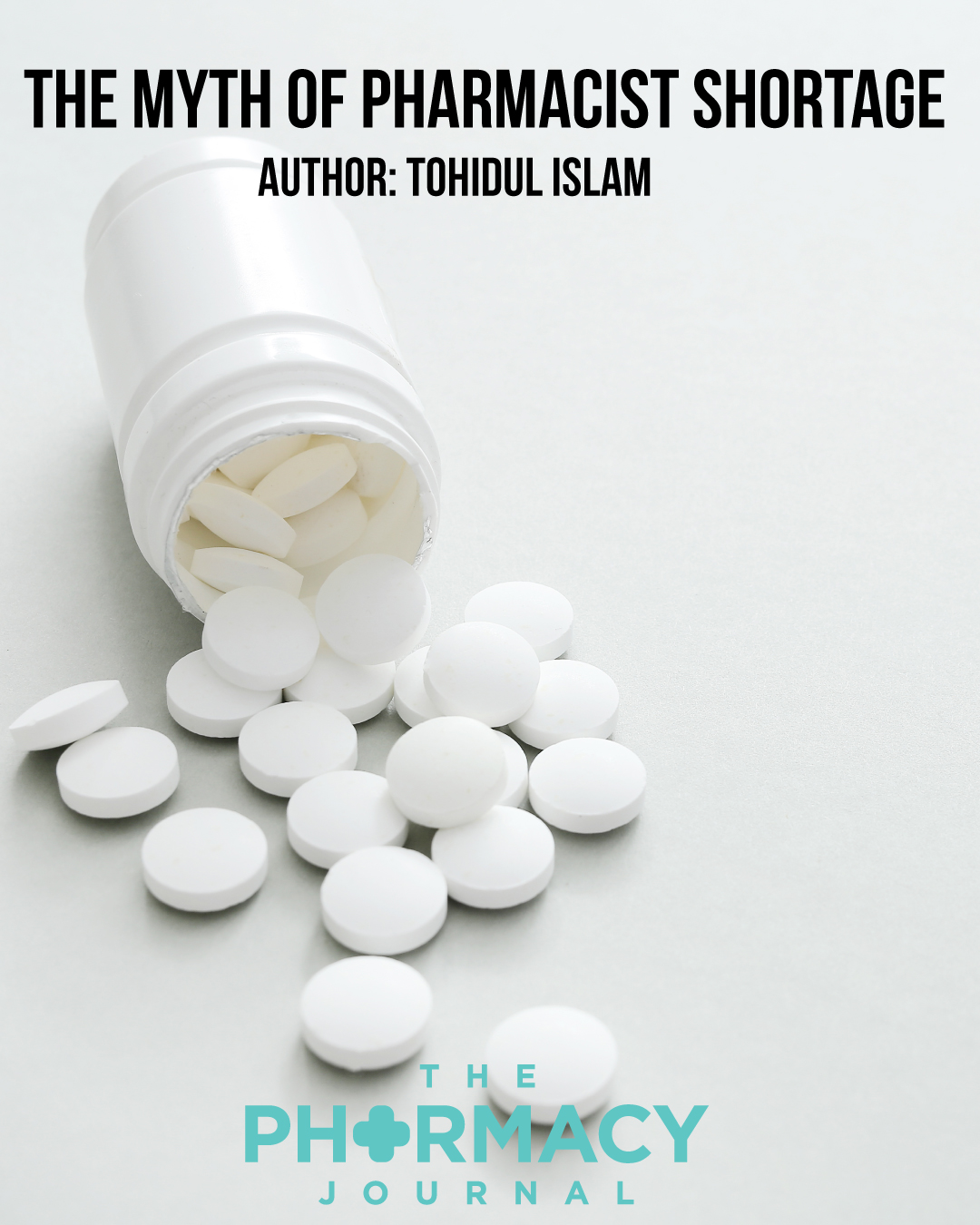 If you’ve been following pharmacy social media, it will have you believing in the idea that there’s a massive shortage in pharmacists so we need to import, we need remote supervision and we must have apprentices otherwise the industry will fall apart! So, let’s take a deeper look and by that I mean let’s just scratch the surface because it’s not really that deep and the numbers and overwhelming evidence is clear - it’s nothing but a myth.

Imagine how bad you have to be as an employer when you offer double if not triple the normal hourly rate and still no one wants to work for you. Does that mean there is a pharmacist shortage? If you have spent over a decade stripping your branches to bare bone staff, pay freeze, incessant demands to hit commercial targets and have been over working your staff to the ground then is it possible that this is the reason why no pharmacist is willing to work for you? Is it really a surprise when pharmacists leave in their droves after years of being downtrodden and then the company gets a bad reputation? This now means that no one wants to come and work for you. Should you jump to the wrong conclusion and automatically think “hmm there must be a shortage otherwise why can’t I find a locum?”. Should we just import more pharmacists? If you insist that locums should work for you for an hourly rate that is just a few pennies more than the hourly rate from TWENTY years ago, is it any wonder why nobody considers working for that? Further, if you insist on and instil a culture that anyone who demands a fairer hourly rate is simply profiteering and should be reported to the GPhC do you not think that locum pharmacists will avoid you like the plague? Due to this behaviour, locums no longer want to work for you and you then think it’s because there’s a shortage so the solution is to pursue an apprenticeship route in to the profession, with apprenticeship salaries and an almost Victorian workhouse ethic. If you seriously believe any of those reasons above is a valid reason to bring in remote supervision, apprenticeship or to put pharmacists on the shortage list then I have this amazing bridge in London I’m looking to sell. Just send me your card details first!

There are around sixty thousand pharmacists currently on the register, give or take a few thousand. Of those around seventy percent work in community.  There are around 11,826 (2020 figures) pharmacies in UK. So a quick calculations should tell you there are around 42,000 pharmacists working in community which is almost 4 pharmacists per pharmacy. Ahhhh, I hear the cynics cry, what about all those pharmacists working in PCNs? Well, what about them? The uptake into PCNs has not been that great and GP practice pharmacists numbers aren’t as high as you’d expect either. So where have all the pharmacists gone you ask? Why are so many pharmacies closing you ask? I bet they’re all working in vaccination centres for hundreds of pounds an hour! Well, that would be a no. You see the PCNs haven’t taken on as many pharmacists because it takes time to train up a pharmacist to do everything they would want a pharmacist to do (another discussion for another day). Same story with the GP surgeries. It takes time to train up a pharmacist to do a lot of the work a GP does. As for the vaccination centre jobs it still doesn’t add up to explain the alleged shortage of pharmacists stories we hear from all corners of the sector ( by that I mean mainly the big boys with deep pockets and an interest in keeping salaries low).

The real issue here, and it has been for a long time, is the poor treatment of pharmacists. This didn’t start yesterday, last month or last year. It started decades ago when the large multiples decided the best way to deal with an upcoming funding cut would be to use a sledgehammer to crack a nut and cut staff wages and numbers. Rather than innovation we took the lazy approach. Had we chosen to innovate, invest in our staff and develop new services today we would have been in a much better situation professionally and financially. Our profession doesn’t need an apprenticeship route. What we need are independent thinkers not people who will be brainwashed for years on minimum salary and over worked so they can bleed blue, green or whatever colour they’re told to bleed. We don’t need to import pharmacists so they can work here on practically minimum wage and burn out.

I’ve spoken to hundreds of pharmacists over the last few years who have come to UK and were promised the dream of amazing things by these companies who sold them that dream. When our colleagues took up the offer of the dream the reality was a dream turned into a nightmare. They were faced with extremely busy pharmacies, understaffing, faced racism and lack of support. They don’t complain because they’re here on a T2 visa so most will just remain silent until they burn out or get the chance to escape.

What we lack is real leadership. We have a professional body that most pharmacists don’t even take seriously. If you ask most pharmacists about what the RPS does, their answer is usually “what do they do?”. We have too many organisations claiming to speak for their own small sub section of the sector. What we need is a unifying organisation. Leadership that everyone can look up to. One that is willing to speak up even to the most deep pocketed companies without flinching. One that focuses on the real issues instead of denying they even exist.