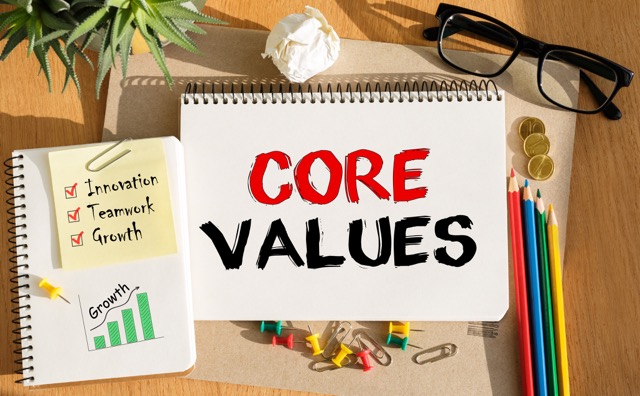 During 2021, I rejoined the RPS following their excellent coverage of Pharmacy and pharmacy teams on a national scale during the current covid-19 pandemic and wanted to show my support for the professional body for pharmacy. However, I have not seen significant evidence during my membership period that the RPS are helping to support the real-world issues grassroot pharmacists are currently facing, especially in community pharmacies, and that they are losing many members because of this and are not even acknowledging this as they even fail to officially state how many RPS members they have. If they cannot be open and transparent with this, how can we expect them to be open with their members about the issues pharmacists face.  On a personal level as a GP Pharmacist, it is not an essential requirement and I feel the only benefit it served me was to have a 10% discount on a couple of the books published by the Pharmaceutical Press but the savings alone does not justify the annual costs of membership. The extra post-nominal of being an MRPharmS does nothing to further my career progression.  The tipping point for me was when the RPS published their Workforce Wellbeing survey at https://www.rpharms.com/recognition/all-our-campaigns/workforce-wellbeing

I would rather the RPS help advocate better working conditions in pharmacy so that pharmacists are less likely requiring wellbeing learning platforms & counselling services. Although it’s good these options are available for some that require this from Pharmacist Support, they are definitely not the answer to address current workplace pressures, especially in community pharmacies.

It's like the resilience message. At the outset I thought it was a good approach for pharmacists to acknowledge their professional limitations however this has slowly become a trait that an individual was lacking in resilience, or needed to up their resilience and that the onus was on pharmacists to become more resilient and self-aware during periods of stress rather than the employer helping to tackle the root cause.

The RPS have conveniently failed to ask why pharmacists are wanting to leave the pharmacy profession, especially in community but hey they will ask again at their next survey in another year’s time!

Stop managing the symptoms and actually start treating the disease causing the symptoms and tackle the root cause head on otherwise it is just lip service. Action speaks louder than words. Having access to NHS-funded wellbeing service is not enough. The RPS needs to be seen that they actually speak to the multiples and employers who are part of the issue that increases workplace pressure to grassroot pharmacists. Even if they don’t achieve a satisfactory outcome, we need to see that talks have at least taken place to show support for pharmacists working on the front line.

One of the solutions I proposed is if the RPS support initiatives such as the ready-made Safer Pharmacies Charter from The Pharmacists' Defence Association to help prevent workplace pressures & burnout for pharmacists & improve their wellbeing.  Again in the Workforce Wellbeing report, there are multiple mentions of the RPS working with ‘key stakeholders’ without specifically mentioning who they are exactly, even though they have been running this same survey for the last three years. There was outcry during the recent festive period about the national shortages of lateral flow tests in community pharmacies and the public abuse pharmacy teams were experiencing. Other national pharmacy employer-led organisations such as AIMp have initially started the media campaign to address this which they were successfully highlighting the issues until the RPS also later got involved and then had the lion share of the national media duties without barely mentioning and acknowledging the other national pharmacy employer-led organisations who put in significant time and investment into this in the first place. How do we trust the RPS to work with these ‘key stakeholders’ and do they have a culture to accept negative views and address them?

I spoke up as a concerned RPS member at a recently virtual RPS meeting that the Workforce Wellbeing Survey report failed to address the root causes of workplace pressures & stresses in pharmacy, especially in community pharmacies as the report not even mentioned the word ‘prevention’ in the introduction or conclusion of their final report. However, what was disappointing was the deafening silence from practically everyone who attended (only 27 people) apart from the Director of RPS England which spoke volumes. He did briefly mention focusing on prevention in the presentation but not what this will look like and how the outcomes will be measured and I was told to write in a separate email rather than discussing this openly during the meeting.

Other issues I found the RPS lacking to elaborate on other real-world issues pharmacists are facing is the so-called national shortages of pharmacists rather than addressing that there is a national shortage of pharmacists wanting to work in poor and unsafe conditions and there is evidence that there are more pharmacists joining the GPhC register during the year than community pharmacists leaving the sector to join general practices which the NHSE PCN pharmacists scheme is being blamed for the apparent mass exodus and even then, pharmacists are leaving the sector for a significant reduced pay. Has the RPS acknowledged this? This mantra that ‘what can you do for the RPS’ rather than what ‘the RPS can do for you’ is now outdated and that a lot of the issues raised are not within their remit. The RPS has even ditched one of their taglines that they are…’the voice for pharmacists’. Since most pharmacists are not RPS members, do they speak for all of us? If certain multinational multiples pay half the RPS membership fees for their employed pharmacists, would the RPS be able to stand up against them where necessary without fear of reprisals?

I agree that the pharmacy profession does need a solid whole pharmacy professional representative body but whether that should be the RPS is where I question. If they can show evidence of a seismic cultural change of belonging that they will fight for grassroot pharmacists working on the front line with hard actions and outcomes rather than being an organisation for the elitists and perceived snobbery-like culture from others across my networks, then I may reconsider being not just an RPS member, but a proud one.